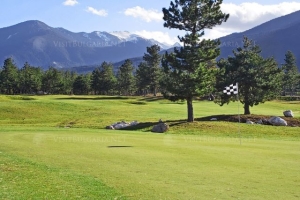 After a long delay and a fierce legal battle, a new golf and leisure park is to be built at the Bulgarian town of Avren.

This rural town is home to a large British community and the golf course has been the subject of speculation for several years.
The location of the golf

In the midst of the Bulgarian countryside, just a short drive south of Varna, lies the small town of Avren.

Gathered round their winter fires, or relaxing at a summer BBQ, the Bulgarian and British residents share their stories.

Did you know, for example, that Varna plays a major role in Bram Stoker’s ‘Dracula’ story? Or that the village of Sadovo, near Avren, is famous for its vampire-hunters? And amongst all the legends and tales of wonder is the story of Avren Golf Resort.

The legend states that a proud and dedicated Dutch man traveled to Avren to build a golf course.

For 5 years the story has passed from one person to another – sometimes scorned and sometimes championed by those who longed to hear the ‘swish’ of a golf club.

Finally, the truth is revealed.

The legend is about to become a reality.

On Thursday 4th February, 2010, in a presentation at the Municipal Offices of Avren, the plans for the golf and Leisure resort were revealed.
Developer of the golf

In the presence of the Deputy Mayor of Avren, the Chief Architect and other senior figures from the municipality, the developer, Jan van Herwaarden, and the designer of the golf course, Richard Le Sueur from Golf Design Scotland, outlined the project.

Richard described the history of golf, the role that the game has played in bringing communities together, and how golf has become a world-wide business involving billions of dollars.

He told the members of the meeting that the new Golf and Leisure resort would be environmentally-friendly and that it would enhance the natural beauty of the area.

Jan explained that there had been a long legal battle with his former business partner, which delayed the project of the golf for 2 years.

In November 2009 the case was resolved in Jan’s favor and he is determined to push the project of the golf forward to completion.

Varna Window on the World. The new portal for all news, events, tourist information on one place. Upload your videos free.
View all posts by varnavideo →
This entry was posted in Varna City News, Varna Events, Varna Tour and tagged New Golf Project Varna. Bookmark the permalink.